Thoughts on the iPad...

I picked up an iPad (finally) about a week ago. I had to resort to ordering online from Apple, since my preorder at JB Hifi had gone almost a month unfulfilled, and the staff there didn't seem confident that they'd ever get any iPads.

Apple was true to their word and delivered in roughly a week from when I ordered. 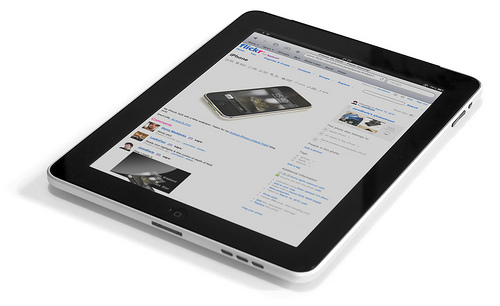 Unboxing the iPad - it's definitely got a real "wow" factor to it. Everyone that sees it seems to want to touch it - I guess that's a good thing. I would probably stop short of saying it was "magical" though. Unless I'd combined the iPad with some other substance(s), in which case breadcrumbs and dandelions might appear magical also.

Stuff about the iPad that was better than expected -

Overall - it's certainly a cool toy. Though, I'm still not really sure what or who it's for exactly.

I'll be interested to see what Android tablets can offer as they come to market, and whether the more open nature of the Android platform can offer some of the desktop integration / ease of use that I feel is lacking from the iPad.

No one has commented yet.